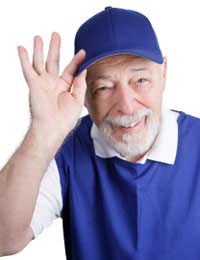 When you begin to take on staff at your franchise, you will assume a number of new responsibilities. Becoming an employer is a big step, and one that can increase your workload significantly. As well as the obvious tasks like setting up a PAYE payroll system and completing the necessary in-year and annual returns, you will also need to be cognizant of the range of laws and regulations governing employment.

What is it and Why is it Controversial?

Under the Employment Equality (Age) Regulations, employers have the right to lay off workers when they reach the Default Retirement Age – currently set at 65. The idea behind the law was to ensure that workers were not forced into retirement before this point – and, indeed, it is illegal to make someone redundant because of their age before they reach 65.

The law is controversial for a number of reasons. Employers are not obliged to give any payoff to the workers whose employment they end under the Default Retirement Age, and this causes financial hardship for many. Perhaps more fundamentally, though, many are concerned that the Default Retirement Age undervalues the contributions made by older workers. With an ageing society, these workers are likely to become ever more important.

How Can I Use the Default Retirement Age?

Regardless of moral concerns, you are currently free to use the Default Retirement Age if you wish. This means that you can terminate a contract when a worker reaches this age, without financial penalty.

You do have a legal responsibility to consider any reasonable requests to have this termination postponed, although you are not obliged to accede to them. It is worth remembering, though, that staff morale can be severely damaged it remaining employees believe that a worker has been treated unfairly. It is therefore important to let employees know early if you intend to use the Default Retirement Age. Where possible, employees should be moved to other, more suitable positions instead of being asked to leave.

What Are the Latest Developments?

The Default Retirement Age has come in for significant criticism from age concern charities, some of which brought a case to court suggesting that it is discriminatory. The case failed, but the charities chose not to appeal because it is generally thought that the law will soon be scrapped.

A government investigation into the Default Retirement Age has been brought forward to this year, and it is presumed that the outcome will be a recommendation either that the age is increased or that the rule is rescinded. This has been made more likely by the porous state of the UK’s finances, as workers will need to remain in employment longer in order to keep the deficit down.

For the moment, employers are free to use the Default Retirement Age as they wish. But you should remember that the law looks set to change in the near future.

Lines of Communication: Who Works for Whom?

Franchise Legal Structures: Where Do I Stand?

Hiring Staff: What Are the Financial Implications?