Home > Case Studies > I Bought a Franchise - But Have No Business: A Case Study 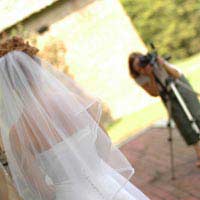 Franchising can be a great way to work for yourself, without having to build a business from the ground up. But, while most franchisees are happy with their decision, some have very bad experiences.

This case study concerns a woman who, having previously worked as a staff photographer, decided that she wanted to set up in business on her own. She specialised in wedding photography, and found a franchise offer that suited her skills.

The woman has asked to remain anonymous, as she has recently launched legal action against the franchisor.

Having first bought the franchise, the woman was convinced she had found a great deal. “I was keen to work for myself, but I didn’t feel that I had the experience to set up a business from scratch. Franchising seemed like the perfect option.

“I didn’t have much cash to invest, so I was looking at franchises with a buy-in cost of up to about £2,000. This opportunity came in well under budget, and was perfect for my experience.”

Franchise documents were signed quickly, and the woman was soon set up in her new business.

But things soon started to sour. “When I signed the franchise documents, I had been under the impression that the franchisors would be sending clients my way. They would then take a cut of what I charged the clients.

“But I waited for two months and nothing came along. The money I had set aside to tide me over was running low, and I was getting worried.”

The woman contacted the franchisor, asking when she could expect to be sent a client. “They basically told me that business was very slow for them because no-one had any money to spend, and that they would send over clients when they had some. But I wasn’t convinced. People were still getting married, recession or no recession, and that meant that people still needed wedding photographers.”

So, faced with little choice, the woman decided to take matters into her own hands. “I took out adverts in my local paper, and set up a website advertising my services. I thought, if they weren’t going to send me any clients, I had better get marketing myself.”

A slow but steady stream of clients then started to appear. But again, things soon took a turn for the worse. “Before long, I got an email from the franchisor. They told me that, since I was using their logo on my marketing material, I would still have to give them a cut – even though they were not actually doing any work.”

The woman has now decided to take legal action against the franchisor. “It really doesn’t seem fair to me that they can demand a cut of the money I’m making, with no help from them. That wasn’t the agreement I thought I was signing up for.”

This experience, while unusual, provides an important lesson for potential franchisors. If you are considering buying into a franchise business, it is vital that you do your research. Look for information on the business, preferably from other franchisees. Above all, make sure that you have a solicitor look over the franchise documents before you sign anything. This will help to minimise the potential for misunderstandings.